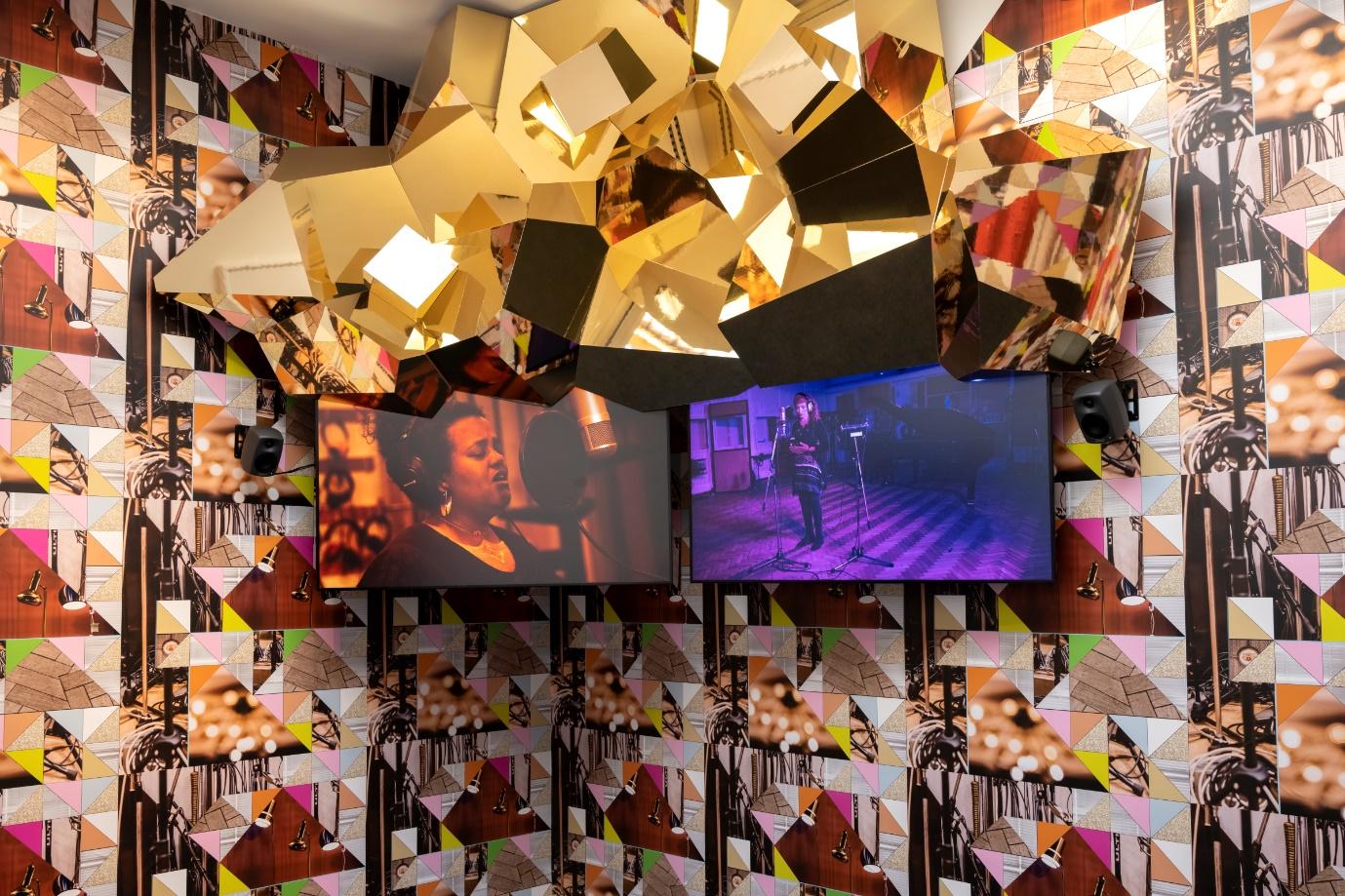 Sonia Boyce’s “Feeling her way” at the British Pavilion

Running from 23 April–27 November 2022, Sonia Boyce’s installation Feeling Her Way in the British Pavilion immerses visitors in the collaborative dynamism of five Black female musicians (four British, one Swedish) brought together by the artist to improvise, interact, and play with their voices. Colour-tinted video works take centre stage among Boyce’s signature tessellating wallpapers and golden 3-D geometric structures, which bring the audience into the work through their highly reflective surfaces. The rooms of the pavilion are filled with sounds — sometimes harmonious, sometimes clashing – embodying feelings of freedom, power and vulnerability.

Following the critics acclaim of Feeling Her Way —praised by The Guardian as a ‘a glorious cacophony of Black female voices’— Boyce was announced as the winner of the Golden Lion for best national participation. The jury said of the installation: “Sonia Boyce proposes, consequently, another reading of histories through the sonic. In working collaboratively with other black women, she unpacks a plenitude of silenced stories.” 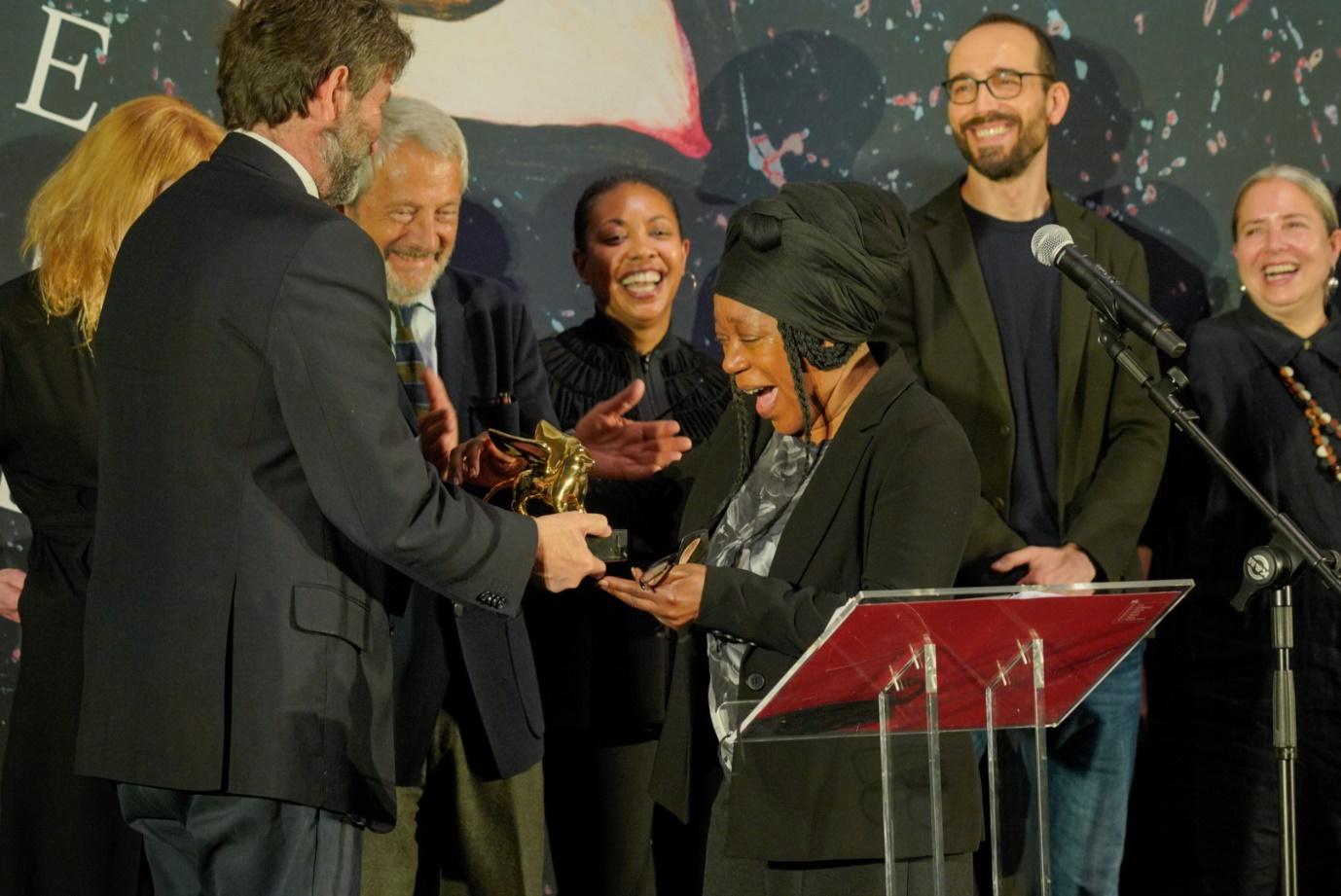 On April 21, in collaboration with the British Council and in partnership with the Serpentine, Therme Art mounted the third edition of its annual Wellbeing Culture Forum at the British Pavilion: The Impact of Social Practice. The panel discussion drew upon Boyce’s installation to explore the social components of her process, highlighting its historical context and political significance, alongside the practices of other artists whose work centres on community in order to provoke change. 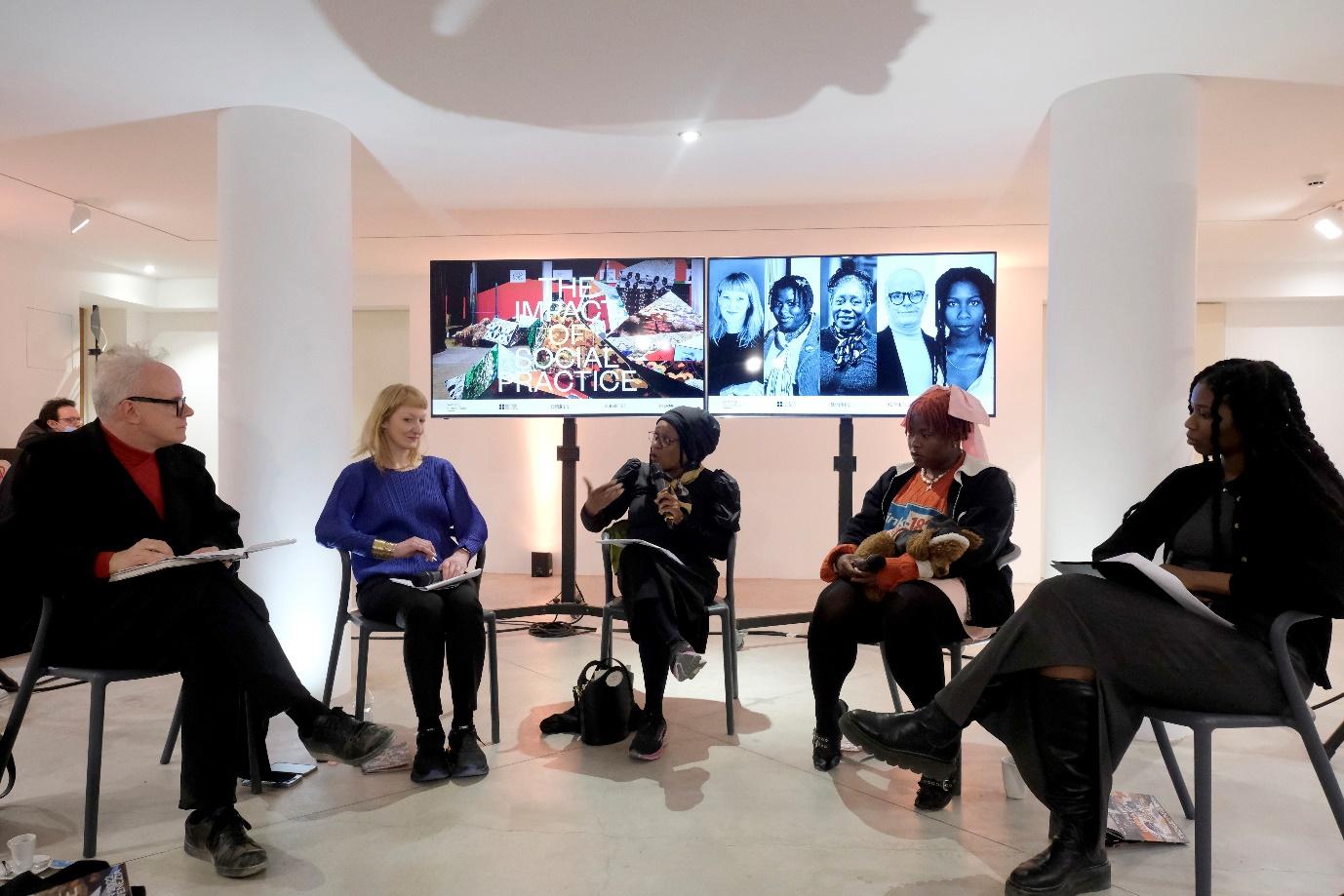 Sonia Boyce speaking at the Wellbeing Culture Forum: the Impact of Social Practice. She was on a panel with Emma Ridgeway, The Shane Akeroyd Associate Curator of the British Pavilion (centre left) and Precious Okoyomon, Artist, Poet, and Chef (centre right). The panel was moderated by Monilola Ilupeju, Artist and Curator at Therme Art (right) and Hans Ulrich Ubrist, Curator and Artistic Director of Serpentine Galleries (left).

Benefit for Ukraine’s People and Culture

On 21 April, Therme Art, through its initiative the Ikona Collection, together with TBA21 and the Brant Foundation, co-hosted a special benefit event during the Venice Biennale, with proceeds dedicated to supporting pressing humanitarian needs in Ukraine, including cultural workers and resources.

Raising a total of 1.4 million EUR, the dinner and live auction conducted by Simon de Pury took place at the Scuola Grande di San Rocco in Venice, Italy, drawing over 230 attendees. The event was held in celebration of Ukrainian culture, aligned under the mission to prevent the extinction of cultural identity targeted by genocide. The recipients included Maria Prymachenko Family Foundation, Ukrainian Emergency Art Fund, 100% Life, the Museum Crisis Centre, the Appeal of Conscience Foundation, Museums for Ukraine, and the Ukrainian Emergency Pavilion. 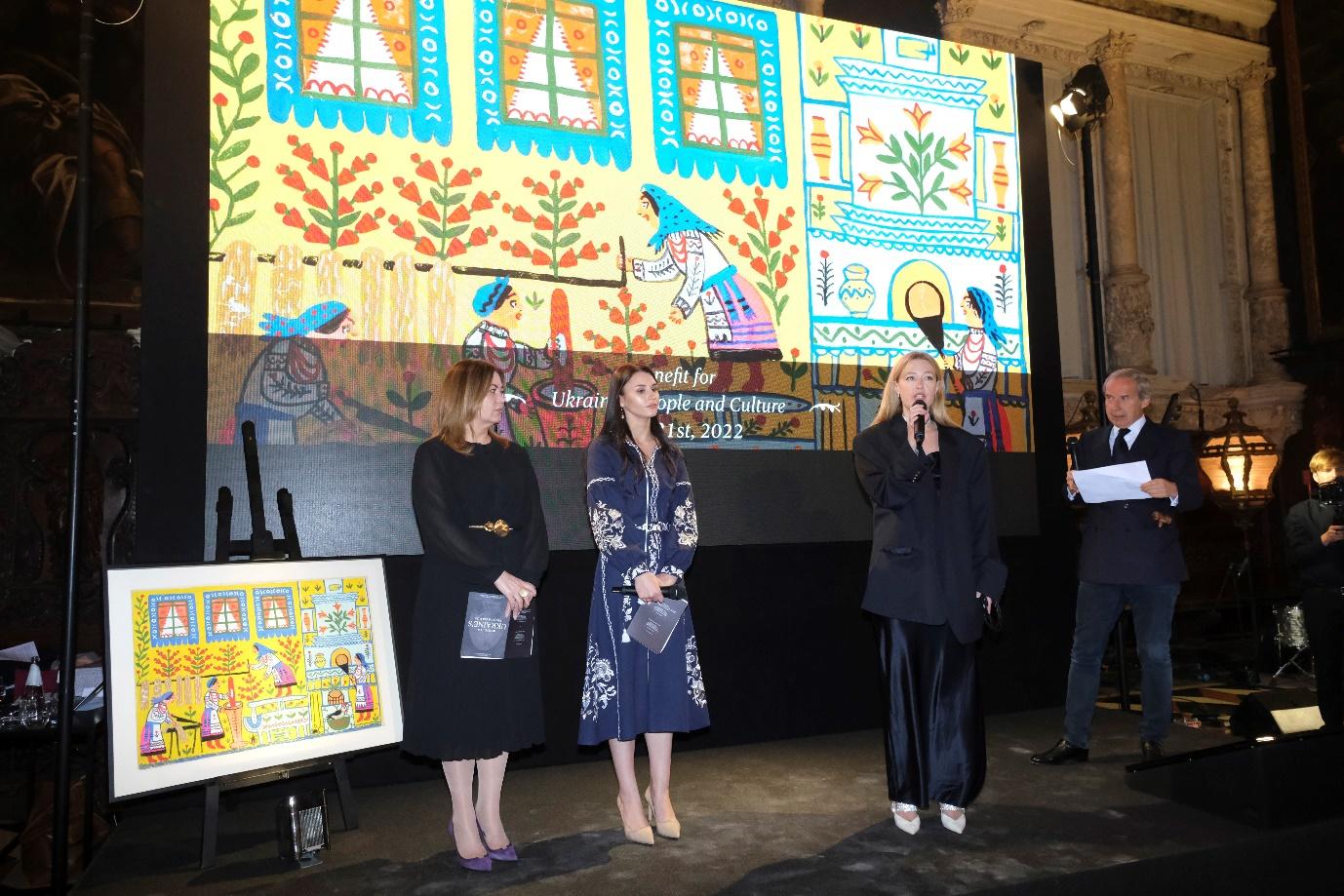