To mark its first COP participation, Therme One Health planted a pocket-forest in Glasgow’s Broomfield Park, to grow as a legacy of COP26, highlighting the urgent need for action and the necessity of our cities to evolve towards a stronger integration of nature in urban planning.

Broomfield Forest is located directly opposite Balornock Primary school and was planted with the participation of the school’s students, enacting Therme One Health’s mission of reconnecting human life with nature, to improve population health and create social impact. The biodiverse pocket-forest will help regenerate an area that was lacking in wildlife and ecological richness and showcase how cities can become the centre stage for redefining humans’ relationship with their environment; a goal that is also reflected by the immediate opening of the forest to the public, allowing Glasgow citizens to instantly feel their city becoming closer to nature. 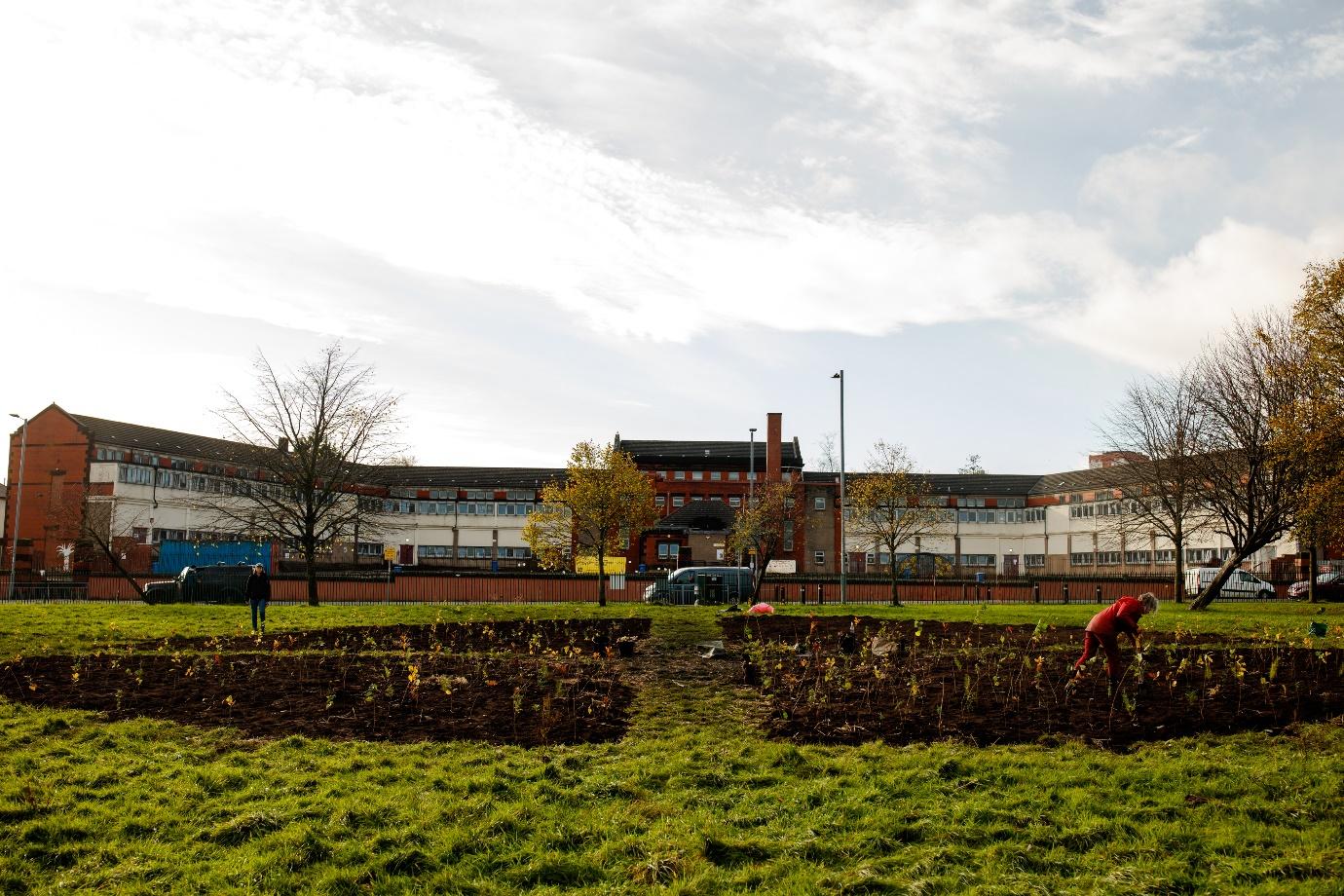 The Broomfield pocket-forest is situated directly in front of Balornock Primary School.

The biodiverse forest was planted with SUGi according to the Miyawaki Method, a Japanese technique based on the principle of using trees native to the area and replicating natural forest regeneration. As a result, the forest is made up of 22 native species of tree and up to 1,400 saplings grown in Scotland from Scottish seeds, including Rowan, Hazel, Oak and Scots pine. SUGi is a biodiversity afforestation project that was selected by the World Economic Forum as one of the first cohort of champions and innovators as part of the historic 1t.org initiative, set up to conserve, restore and grow one trillion trees by 2030.

In terms of environmental impact, the forest will reach a biodiversity rate 100 times higher than the current grassy park. Starting from its third year, this emerging ecosystem is estimated to capture 720kg of carbon dioxide per annum and emit 530kg of oxygen. After 10 years, the forest will reach a total of 3600kg of carbon dioxide captured per year – a number expected to rise once the forest has fully formed and densified. 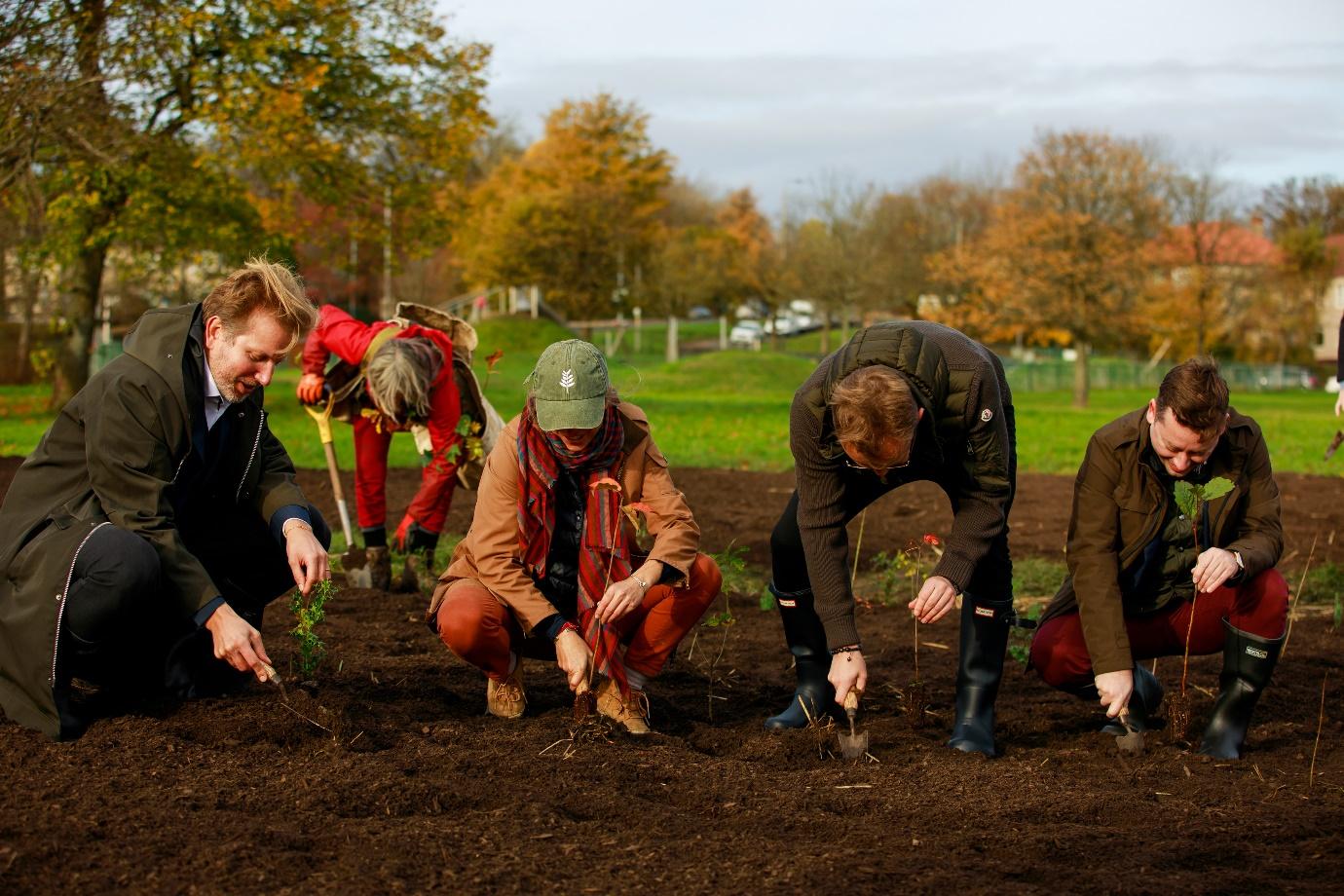 Therme One Health is deeply devoted to the belief that in order to solve our climate and health crisis we must invest in systemically healing our relationship with nature. So we decided to mark our participation to COP26 with the planting of a forest, to let actions speak and allow Glasgow’s citizens to participate and benefit from them.

With SUGi there is an unprecedented opportunity to transform unexpected urban areas into ideal habitats for birds to nest, for fruits to grow, for fresh air and for the magic of nature to thrive. Restoring communities both ecologically and socially is a proposition we strongly believe in, and I am delighted to now be working with Therme Group to achieve it.”

This is the first of a series of afforestation projects to be developed as part of the collaboration between Therme One Health and SUGi, which aims to enable the radical cultural shift globally, enabling cities around the world to grow in harmony with nature. The event was co-hosted by Therme One Health’s key partner IKEM. 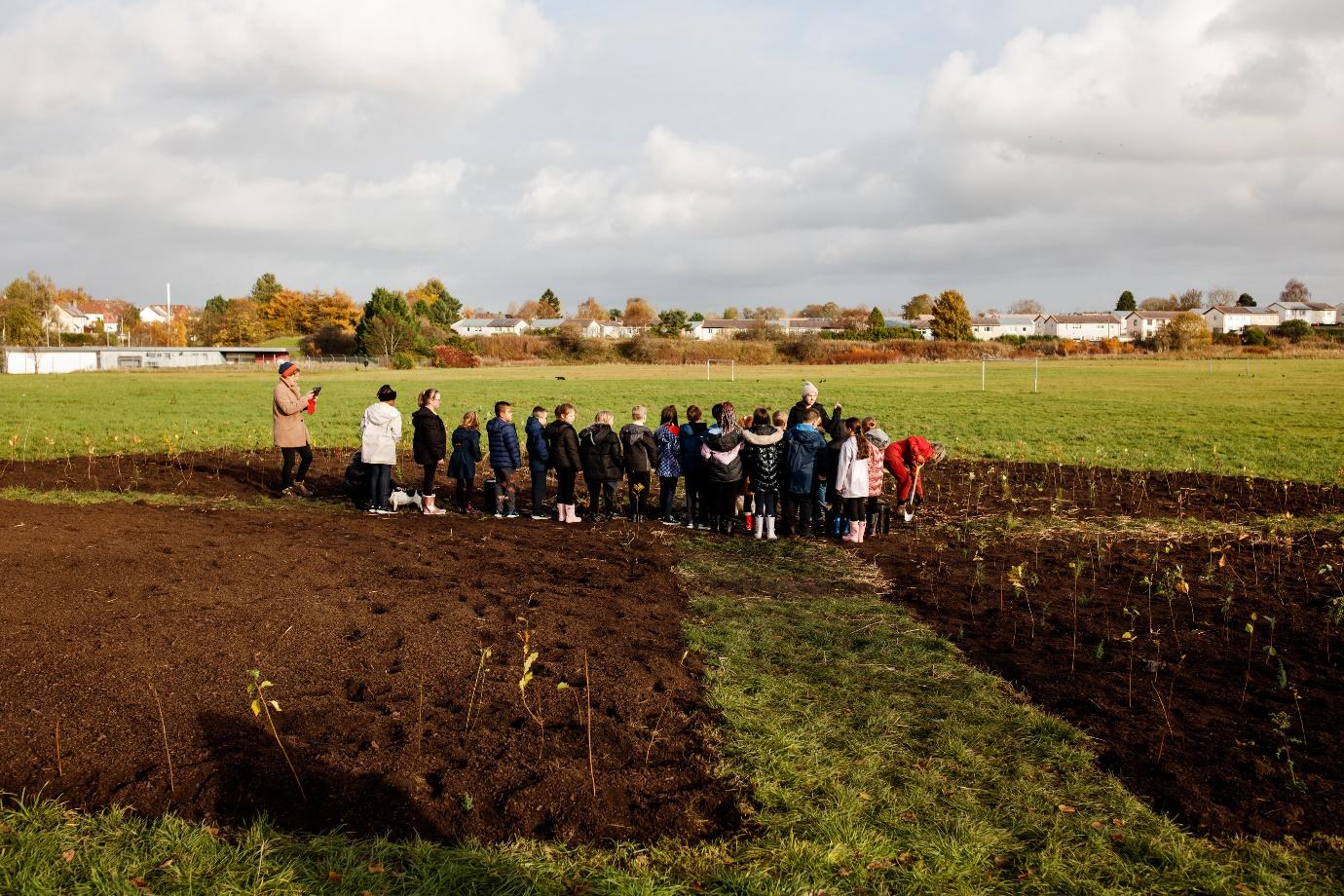